In April 2015, the City launched a public-facing budget tool, OpenGov, that to our knowledge is among the most transparent budget visualizations in the country. Notably, our OpenGov launch took less than 4 weeks, making it the fastest large city deployment. Additionally, we are one of only a few cities that house the tool under a subdomain of sandiego.gov. We plan to upload FY 16 adopted as well as historical budget data in the near future. We also continue to work with the vendor to develop new functionality. In June 2015, our Director presented San Diego's story on this visualization and our Open Data program during a financial transparency webinar.

The tool is accessible at https://budget.sandiego.gov. Although not live yet, we repurposed the coordinator dashboard code for the City Clerk to help keep track of Records Disposition Schedules. 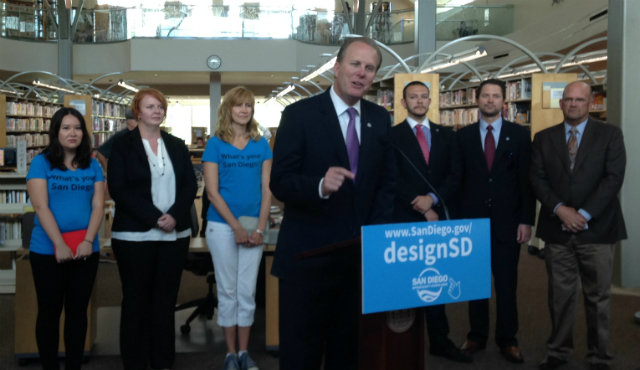 In order to ensure that it works well with the Open Data initiative, we were heavily involved in the earlier stages, and will continue to be involved in the later stages, of the City of San Diego's Website Redesign project.

As the City moves along its Open Data program, we are beginning to receive global recognition for our thoughtful and insightful approaches to Open Data.

So far, we have met with delegations from the Republic of Macedonia and the Philippines to discuss Mayor Faulconer's advances in Open Data and Open Government.

These visitors were brought to San Diego by the San Diego Diplomacy Council in conjunction with the International Visitor Leadership Program, the premier professional exchange program of the U.S. Department of State. Through short-term visits to the United States, current and emerging foreign leaders in a variety of fields experience this country firsthand and cultivate lasting relationships with their American counterparts.

Meeting with the Delegation from the Republic of Macedonia

The delegation consisted of: 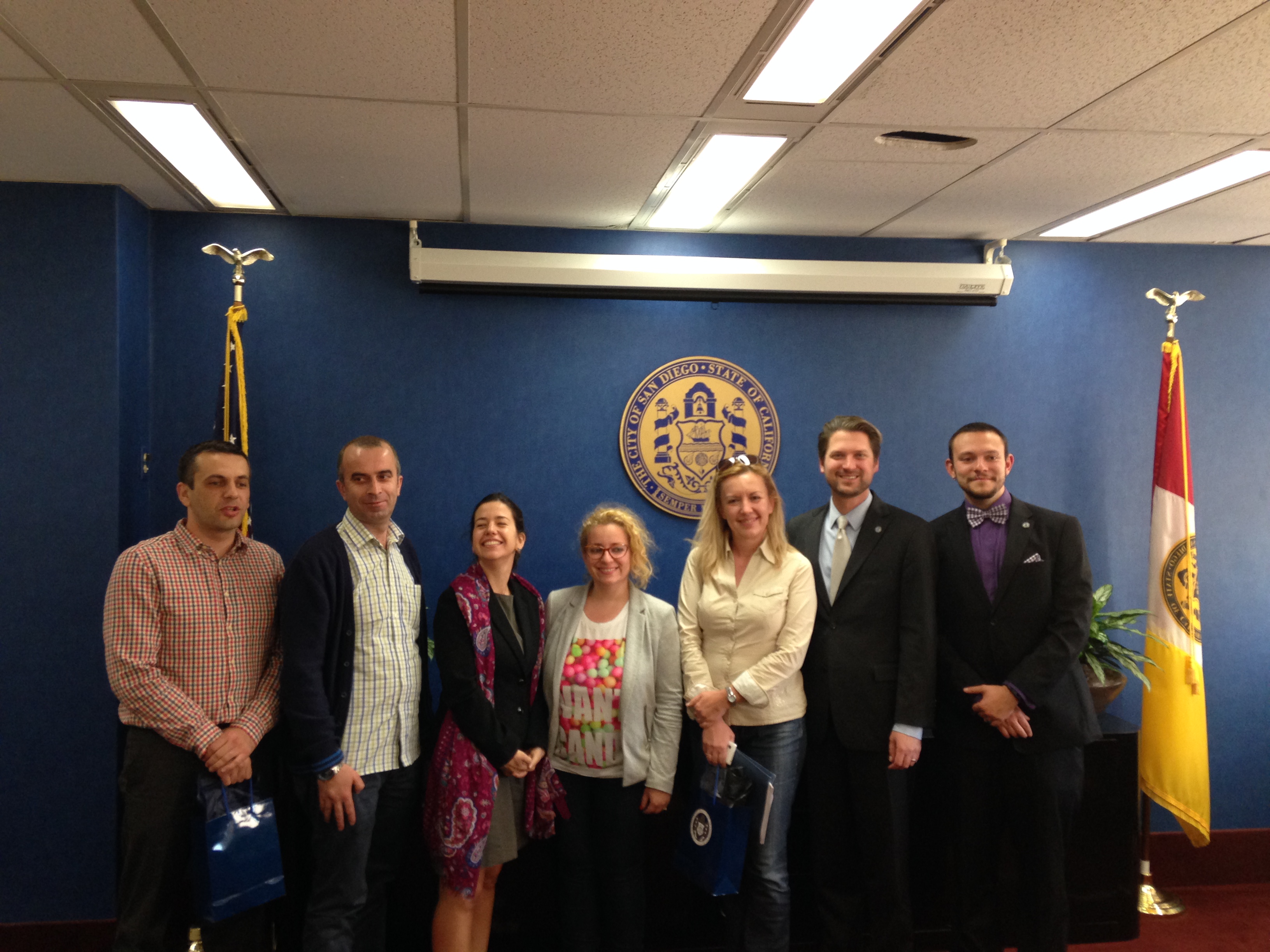 As citizens of a newer European country (formerly a part of Yugoslavia) the Macedonian visitors were interested in how an Open Data program and other transparency initiatives could help advance economic development and prevent corruption. We presented the benefits of Open Data and how proactively releasing public information can build trust with the community and reduce workload on City staff.

The Philippines Delegation arrived with the following specific objectives:

The delegation consisted of:

We presented the promise and progress of the inventory process, our plans for identifying high-value data sets, and how we will release the data. The participants expressed an interest in reviewing our protocols and keeping in touch as the dialogue around freedom of information continues in the Philippines. 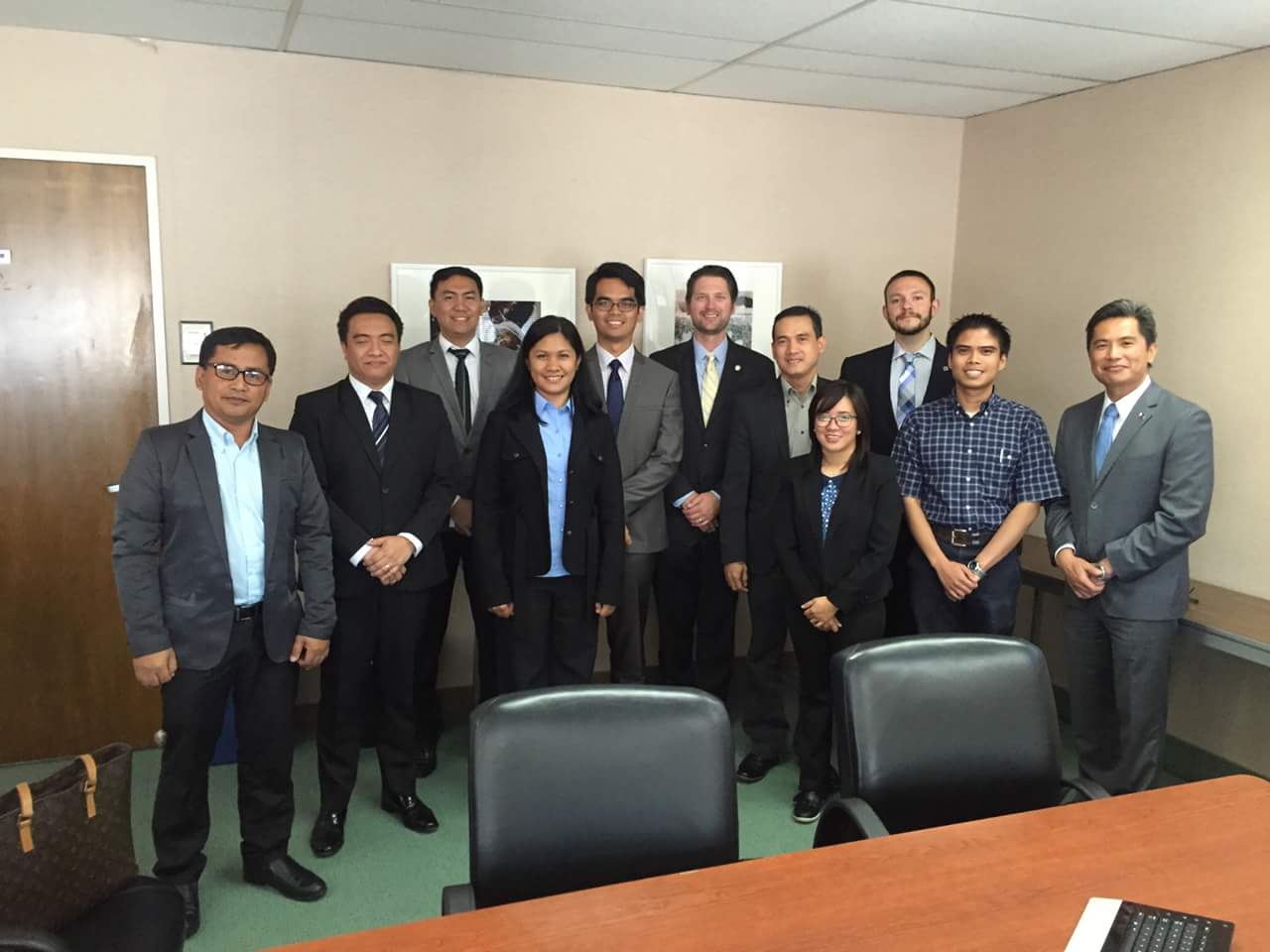