Community outreach and engagement is critical for any Open Data effort to be successful. The local Code for America brigade, Open San Diego, largely drives engagement with the community purely as a volunteer group. It is important for us to work closely with them as they are an active amplifier of our efforts.

Open San Diego was a staunch advocate for adopting the Open Data Policy and hiring a Chief Data Officer. In the past six months, Open San Diego under the leadership of Xavier Leonard, has accelerated its activities. It is now a group that we partner with on a regular basis. It has several ongoing projects, such as:

They work with other interested stakeholders to increase membership and civic engagement with data.

In order to build proper context between the community and the City, the following City employees have presented at Open San Diego, upon our request:

Jonathan Behnke (CIO)
Jonathan had an informative presentation and discussion with the group about the City's IT infrastructure, forward plans and roadmap.

Scott Daeschner (GIS Manager)
Scott did a commendable job describing the ecosystem of GIS (mapping) information within the City, as well as the Region.

Maksim Pecherskiy (CDO)
Maksim discussed how to use Git and Github, as well as about his experience working with the local brigade in Puerto Rico.

DeeDee Alari, Jonathan Carey, Mary Davis (City Treasurer)
DeeDee, Jonathan and Mary talked to the group about the City's Smart Meter program, and what data the meters collect and generate. It proved to be a lively discussion about parking, meters, their purpose and placement.

Almis Udrys (Director, Performance & Analytics)
Almis has appeared before Open San Diego in the years leading up to the adoption of the Open Data Policy to provide updates on the City's efforts in this space. 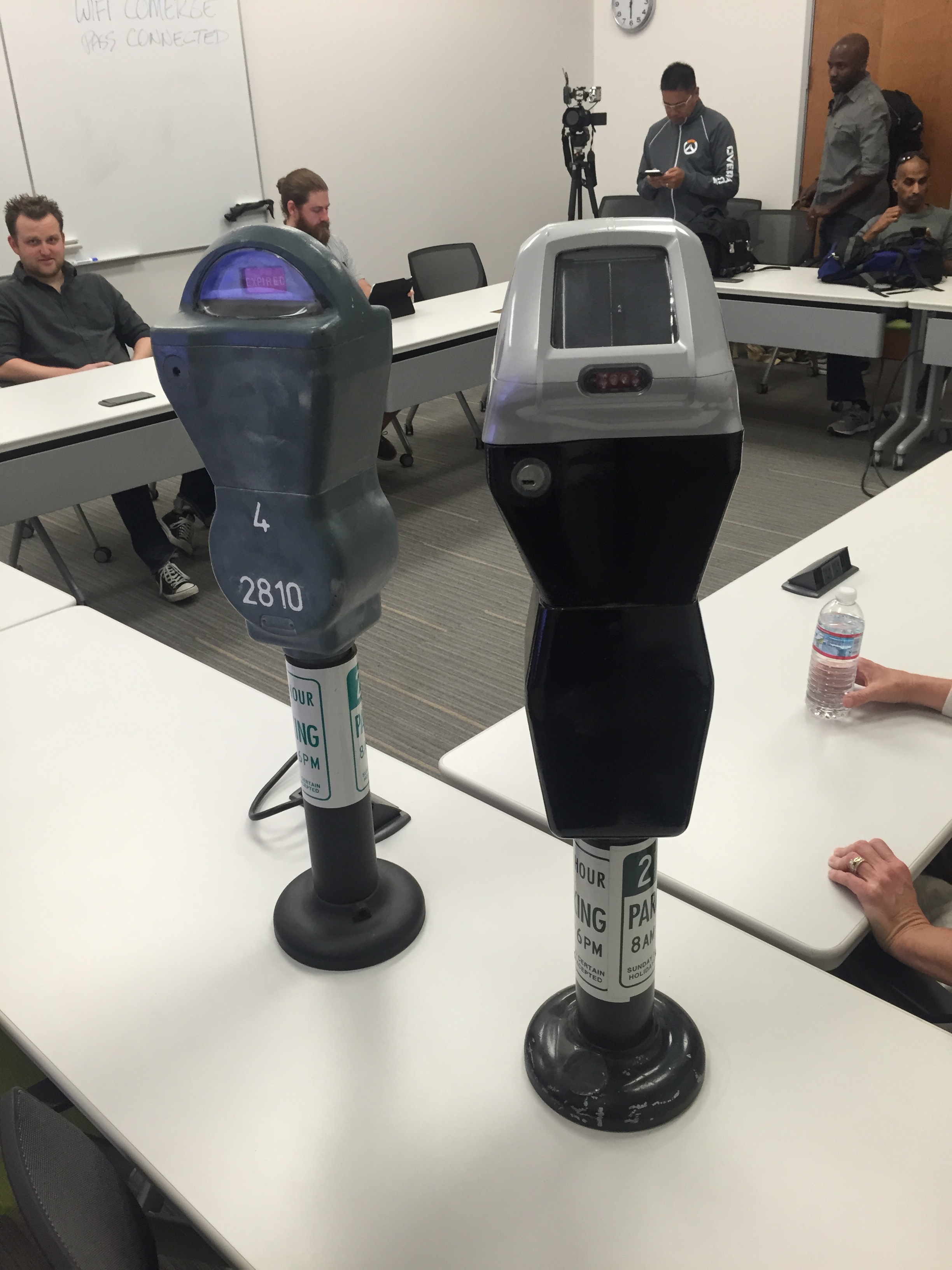 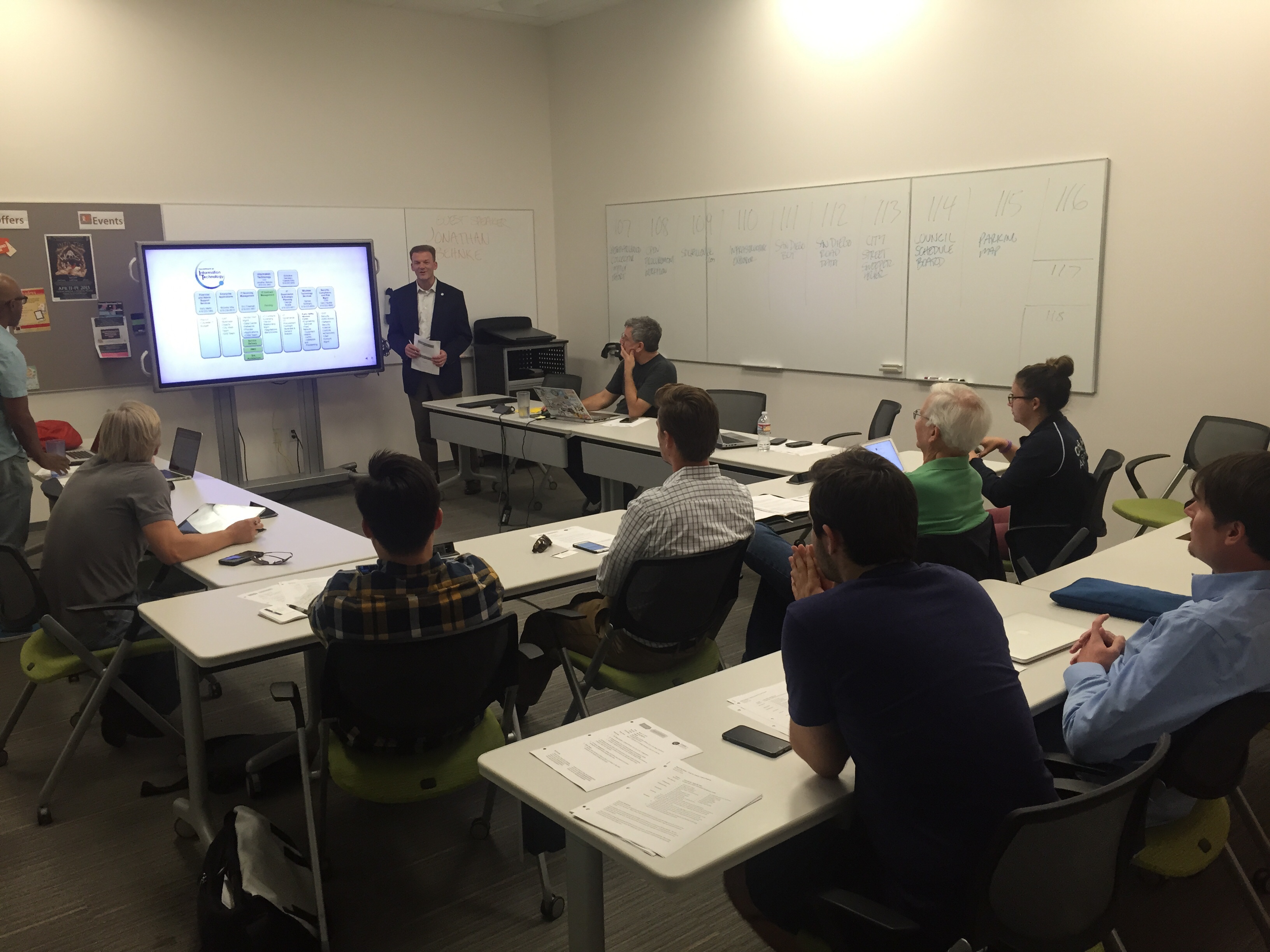 These appearances enhance the relationship between the City and the civic hacking community. In addition, other City employees have become regular attendees of Open San Diego Meetings and are actively working on civic hacking projects.

Open San Diego coordinated 3 simultaneous events on June 5 and 6, 2015 for the National Day of Civic Hacking, in which many software developers and other community members got involved. 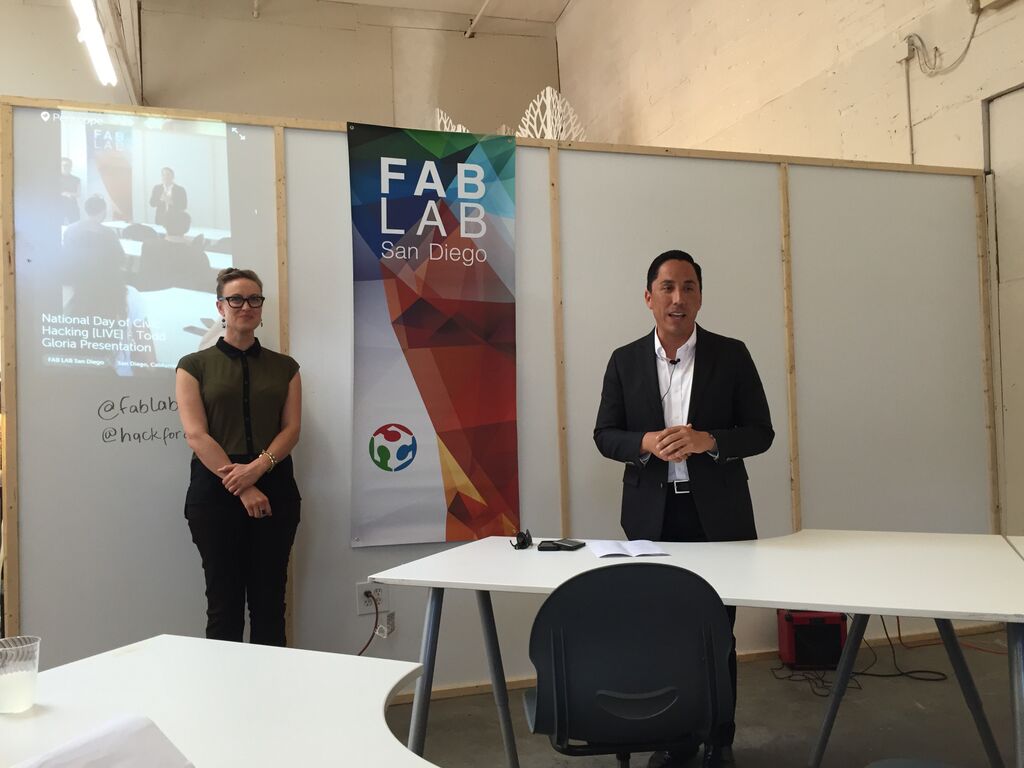 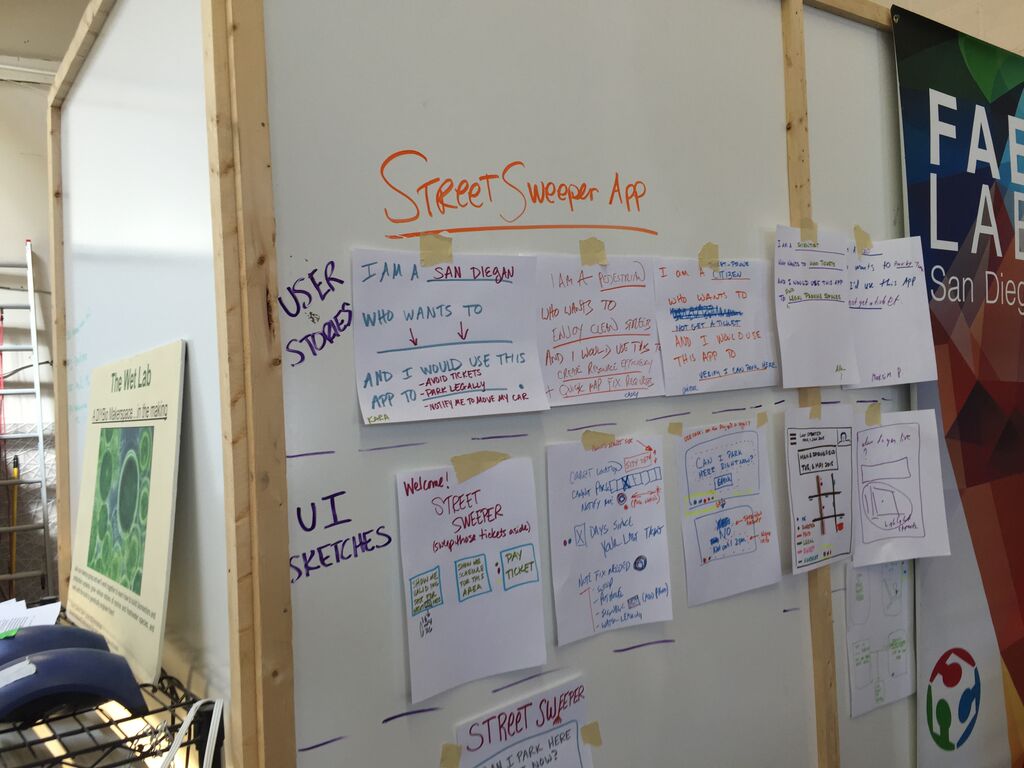 Team members from 18F, a top notch team of designers, developers and product specialists embedded in the federal General Services Administration, had representatives at the event. The City was recognized on a national stage.

On May 30 and 31, CyberTech, a global cybersecurity and Internet of Things network ecosystem, in partnership with the City and AT&T, hosted a hackathon to build applications of the City's already Open Data.